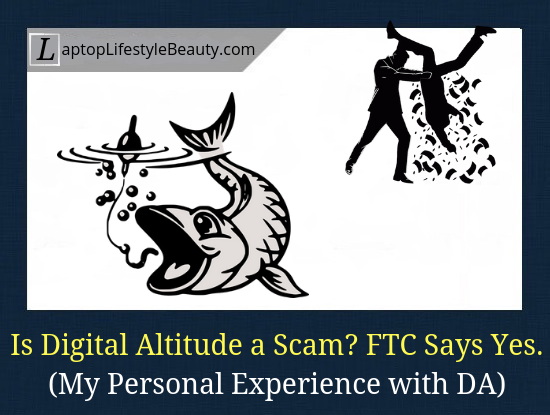 (This post was transferred from an old blog of mine, originally published on Jan 2018)

I will be honest, I had very conflicting feelings when I first found out about Digital Altitude (DA).

Back then, I wasn’t exactly sure if it’s a scam or really is legit.

Time has proved that Digital Altitude is actually a scam because it’s been cracked down by the FTC in 2018.

This means that this network marketing program is being shut down and it’s owner has been sued for over $14 million dollars for falsely claiming that people will make 6-figures with Digital Altitude in a very short period of time.

According to the Federal Trade Commissions, the issue with DA was that:

Pretty insane if you ask me.

Let me share my story from beginning to give you a better understanding.

Let’s get into the details.

How I Joined the Online Marketing World

I started exploring online opportunities around 2014-2015.

First, I started my online journey as a freelancer.

It was great in a sense that I was still able to work from home or anywhere else. I was flexible with time and I was location-independent.

In fact, back in 2015 I was able to work as a freelancer and enjoy my 5-week French language program in Montreal, QC, Canada.

Indeed, it was a valuable experience that confirmed that I want to work online and enjoy the beauty of living a laptop lifestyle.

Even though I still accept some freelance projects from old clients of mine for extra income, I knew that I didn’t want to do it full-time.

In my experience being a freelancer meant running after someone to give me a job.

(It’s OK when you have regular clients to work for, but in the beginning it really is a challenge).

And that’s why I decided to go even further and see what other opportunities were present on the Internet.

Thanks to my online connections I was recommended to visit the site of one of the most trusted internet marketers, Steve Razinski (I mentioned him in this post).

Being a total newbie to online marketing, he recommended that I join the Wealthy Affiliate training community.

Right away I liked 2 things about it:

I became a Premium member 2 days after joining it.

(I joined and never left.)

My point is that I found a legitimate online business community that I trusted (and continue to trust).

This also means that by default I trust most members’ recommendations too.

How I Found Out About Digital Altitude

I wish I knew about Better Business Bureau (BBB) website before!

As you can see Digital Altitude received a very low rating and isn’t BBB accredited.

I found out about this program in 2016-2017 on Facebook from one of the guys who told me he was part of Wealthy Affiliate too.

I was a bit naive and didn’t even ask for his WA profile or anything, so I automatically thought he was an active member of the community.

So, I thought DA program was a good recommendation.

Only much later, I found out from him that he was a part of Wealthy Affiliate community only for a bit.

If I recall correctly, he said something along the lines that it was:

And it was obvious that his Facebook profile was new and probably for the purpose of promoting internet marketing products.

(There is nothing wrong with that but it does make you a bit suspicious).

This guy didn’t want to do the work associated with building a profitable online business and that’s why he turned to other types of Internet marketing.

I can’t blame him, we can all get drawn to shiny objects.

We all seem to want to try the “next best thing”, but the problem is that these hyped-up programs are usually nothing but scams.

Digital Altitude was introduced in 2016 and in February 2018 it’s already being shutdown by the FTC.

Why I Had Mixed Feelings About Digital Altitude 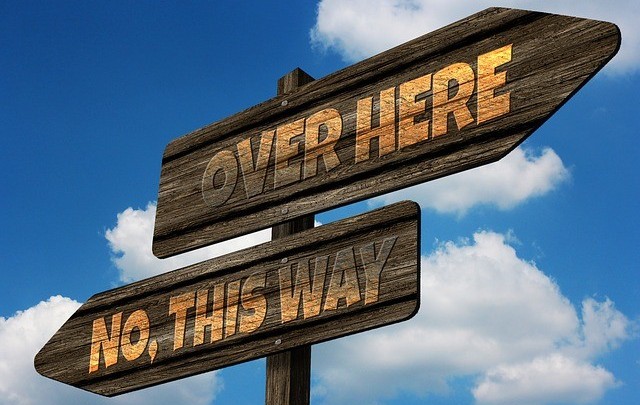 In the beginning, I thought it was a legit Wealthy Affiliate member’s recommendation and that’s why I went ahead and signed-up for $1 trial to check what it’s all about.

Side Note: I just checked Google and I saw Jesse Singh’s review from HotMLMCompanies ranked #1. Even though I learned about the program from another guy, I signed up under Jesse after reading his review.

Despite having signed up under him, he never replied to my multiple messages. (That’s not how you treat your referrals, man…)

Anyway, it seems like now he’s removed all the affiliate links leading to DA and right in the beginning added a paragraph promoting another program that “doesn’t require recruiting” like Digital Altitude did.

Seriously, I have no idea how MLM promoters live with this feeling of promoting programs that do nothing but rip people off.

OK, back to my story.

I knew that building a profitable website (online business) takes time and efforts, and I was desperate to make more money.

I needed the money not only for all the ‘luxury things’ I’d be able to have but also to help my parents with their financial situation and fund an important orthopedic surgery for me in Moscow.

I had an unfortunate incident in the past, broken ankle and all that. Anyway, the surgery had to be done if I didn’t want to experience health issues in the future.

Not only was I desperate already but once you are inside Digital Altitude, the so-called “coach” (or should I say salesperson) used heavy, high-pressure upsell tactics to push me into buying the first Aspire level for $37/month.

I wanted TO BELIEVE that it’s all true and all possible.

But then I started seeing red flags in small things.

First was something that I already mentioned – the coaches.

My so-called coach who wasn’t helpful AT ALL.

Not only that but he was trying to make me upgrade as fast as I can by saying that I am leaving thousands of dollars on the table by not upgraded to higher-tier products.

I mean I understand that they made commissions for every upgrade.

But what I learned inside Wealthy Affiliate is that you should be HELPING people in the first place, not SELLING.

Second thing is that there were HUGE fees to pay to receive the education on how you can make money online.

Compare almost $30,000 for Digital Altitude’s top level product vs. Wealthy Affiliate’s Premium membership for $19 the first month (or $299 if you upgrade yearly).

The best part is that Premium membership is totally optional.

You can always create a 100% FREE Starter membership and stay a free member for as long as you like.

That gives you a perspective, doesn’t it?

There was another thing.

During the lessons inside the DA dashboard, again there was NO concrete information on how to build a business but rather that I simply need to sell their digital product to people.

Another thing bothered me.

If I were for example at the first Level 1, and my referrals were to join the Level 2 then the commissions would go to the one who referred me to Digital Altitude.

(It is still confusing to me and nobody wanted to give me straight-up answers as to how it worked).

And only THEN I would receive ALL of the commissions from my potential referrals. 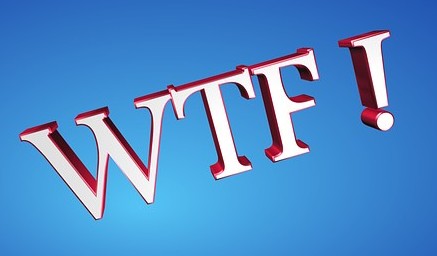 That is pretty insane and apparently it is very much what multi-level marketing (MLM) scam is all about.

But then again, my inexperienced soul was pressured by the DA “coaches” and my desire to make money as fast as I can to help my family and pay for an expensive surgery and flights/accommodation in Russia.

Financial Troubles in 2017 – A Blessing In Disguise

We made a mistake of trusting a wrong real estate agent which resulted in selling our wonderful house very well below the market value.

It’s a whole different story but basically our financial situation was really f*cked up.

I knew how to play poker and around that time I decided to get into poker big time. I mean, play it not for the sake of entertainment but play it to make money.

Basically, I became a “grinder”, that is, started making money in pretty big poker cash games.

(By the way, I don’t recommend it to you if you are not experienced or can’t handle high-pressure situations).

There were times when I made a few thousands of dollars per night and all that money went to help my parents fix the financial situation and pay for morgage whatsoever.

I literally would keep just $100 out or so for pocket money and approximately $300-500 for a new poker session to hopefully make more money.

I was really tempted to use that money to invest it in Digital Altitude program.

But probably I had a feeling I should wait and see because I never ended up paying more than the initial $1.

My family’s financial situation was a blessing in disguise.

Who knows, if I were flexible with the money that I made, I would’ve probably used it for DA product.

But since I wasn’t flexible, I just decided to leave it be.

Imagine my feelings I came across breaking news that FTC shuts down Digital Altitude because of false claims it made that people can make 6 figures in 90 days (or less).

What a relief it was for me!!!

I saved myself from losing thousands of dollars to a Digital Altitude scam. Holy moly!

(OK, my guardian angels did.)

My goodness, I can’t stop thanking my guardian angels for saving me from making such a horrible mistake!

Remember how I used BBB screenshot earlier than showed that Digital Altitude received a rating of C-?

Compare it with this:

I know, I am not the only one who says this but it is Wealthy Affiliate that has proven to be a legit program for beginners and aspiring affiliate marketers.

As opposed to Digital Altitude, it actually DOES teach you how to build your own profitable website (successful online business).

And it has all the support, tools and training needed to succeed online.

And the fact that I don’t feel shameful recommending it is a good sign.

With the whole DA scam situation, I learned that trusting my intuition is important.

Both my soul and my mind are in agreement that Wealthy Affiliate is the real deal.

If you are still looking for honest ways to make money online without paying thousands of dollars for who knows what, definitely check it out.

Here’s an honest video created by a fellow WA member to learn what it’s all about:

If this is something you are interested in, then click here to join and receive my personal help and support.

I promise you I will be there along the way if you need a hand in anything.

Even if you fell prey to scams in the past and are a sceptic, I urge you to give Wealthy Affiliate a try.

After all, it IS free to test-drive an entire platform and see for yourself if it suits you.

I was lucky to be saved from losing money to Digital Altitude scam and other internet marketing rip-offs.

And now more than ever will I stick with Wealthy Affiliate community.

(Being present online for more than 12 years is HUGE in internet marketing years).

Your Thoughts About Digital Altitude (Scam)?

I would love to hear your thoughts, suggestions and questions in the comments below (click to jump straight to the comment form).