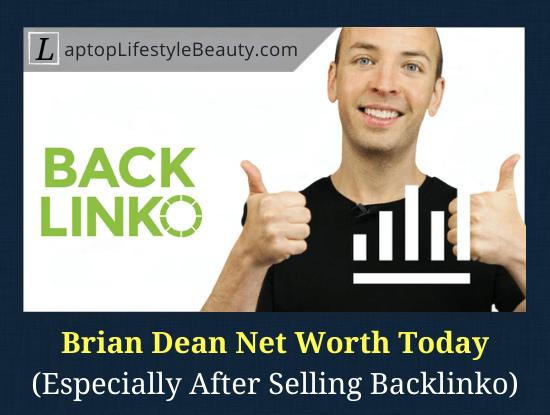 This post is about Backlinko’s Brian Dean net worth and bio.

Brian Dean is a well-known SEO guru (I myself followed his advice to get my own sites ranked and converting).

He has developed several strategies that will ensure the success of your online content. He is the founder of the popular training site for those who want to step up their SEO game.

If you’re in the online space, you may have heard of Backlinko, but did you know that Dean recently sold it to Semrush? This is HUGE news in the SEO space!

It came as a piece of shocking news for everyone in the community and the selling price wasn’t even disclosed. So, will we ever get the chance to know the real net worth of Brian Dean after this bold move? You’ll find out soon enough.

Before we go into the details, here’s a little overview of who Brian is. 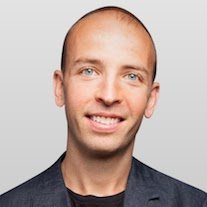 Brian Dean: Who Is He?

If you’re into building content websites, then you’ve probably heard this guy’s name once, twice, or even many times.

That’s because he’s one of the world-renowned experts in search engine optimization. If you haven’t heard of him yet, then this is your chance in getting to know this Internet genius today.

He is of American descent and hails from Boston.

He graduated with a degree in Nutrition from the University of Rhode Island. Shortly after, he got his Master’s at Tufts University. As a child, he wanted to become a professor, so it’s not surprising how easily he managed to become an online instructor now.

He was supposed to get his Ph.D. but later decided to quit because of his professor. He instead went on to look for work and landed a job as a dietician in 2008. However, the economy wasn’t really in good shape at that time so it was hard finding a good-paying job.

Ever since he has had a thing for writing, so during those difficult times and with inspiration from the book The 4-Hour Workweek (Timothy Ferriss), he began writing his very own e-book. It talked about back pain, and while he was doing that, he got a full-time job as an ND.

Since the job demanded too much of his time, he barely had time for his book. So, he ended up hiring people to write for him. These guys were from a company called Elance.

After seeing their work, he was not that impressed and thought he could do better.

The next thing he did was then write for the company’s clients and soon enough, he was earning so much he can now afford to quit his day job. This is where he got really interested in search engine optimization.

It was not always a success story for Dean.

He had his fair share of failures, too. In fact, he had five other online ventures that didn’t succeed. It’s hard to believe that was the case when we look at what he has achieved today.

It was in 2012 when his personal finance platform had performed really well.

In 2013, he established Backlinko in the hopes of sharing what he knew with other people who need it. And until today, this has remained as an authority site for SEO-related content.

What they do here is to present various effective strategies in coming up with great content ideas, how to properly market your niche and many other things that can help grow your online biz.

It’s basically a marketing blog that will help you learn how to reach your site’s maximum potential and the things you need to avoid if you want to get on the good side of high-authority search engines.

The platform is really doing well and is still recognized as an authority site up until today.

So the decision of selling it to Semrush rather came as a shock to everyone. While we cannot stop the founder from doing this, we can’t help but wonder, “why?”.

If you’re a Backlinko subscriber, you’ve probably received an email from Brian about the reason for the sudden change in ownership. In the email, he mentioned that over the years, he was so busy scaling up the platform, which really did happen, but a single person can only do so much.

He said working in partnership with Semrush will really help scale up the online business to the lengths he was expecting.

So as successful as it may have been on Dean’s hands, with over half a million subscribers, the founder thought it would be the best move for the site. It will gain more traction with the help of Semrush.

(Let us know in the comments if you agree with it!)

Considering the success of Backlinko alone for several years, we can very well assume that the founder’s net worth is around 6 to 7 figures. But of course, there’s no official tally on his actual net worth so we can only speculate.

Plus, the acquisition cost of the platform wasn’t revealed but we are certain it won’t go down the 6-figure price point.

Moreover, remember that he also does YouTube (with a hefty number of subscribers as well), sells high end SEO courses that hundreds, if not thousands of his subscribers join, and does affiliate marketing.

So his net worth is around $10+ million USD give or take.

If it’s true that Backlinko was sold for a 7-figure price, then it’s likely more than $10 million.

Let us know in the comments section below!